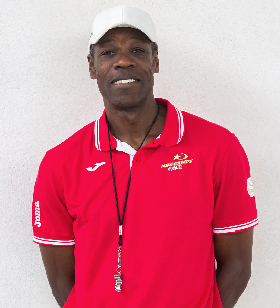 Kevin Florent has an 18-year career as a professional basketball player in Europe. He has played in Germany, France, Israel and Cyprus. He has won 4 national championships, 4 national cups, numerous dunk contests, and many other prizes. Kevin Florent started playing basketball at the age of ten, at Lutcher Elementary School, Louisiana. His talent, work ethic, and passion for basketball was awarded a scholarship to Southern University, Baton Rouge, Louisiana, where he played for four years as a shooting guard and small forward. He was the best scorer and rebounder on the team. Upon graduation, Kevin was cast into the United States Basketball League (USBL) in West Palm Beach, Florida, where he played for a year before being signed to the Bamberg club in Germany. He won the dunk contest at the All Star Game in Germany. The following year, Kevin was signed to play for Pezoporikos Basket Club, in Larnaca (Cyprus), where his team won the Cyprus championship two years in a row. Kevin won the dunk contest again at the All Star Game and led the team in assists, rebounds, stolen blades, and blocks. He was also named MVP of the championship. The following year he played in the Tour, France (1st Division) and after just one season, he returned to Cyprus to play for AEK Basket Club, Larnaca. Kevin played in Cyprus for 2 more championships, before signing with Hapoel Afula in Israel for 2 years. Kevin returned to Cyprus and played with Keravnos, Nicosia, where his team won the Cyprus championship and reached the Saporta Cup quarter-finals. He was also the playoff MVP. After his success with Keravnos, Kevin played for Apoel, Nicosia winning the Cyprus cup. Kevin Florent ended his professional basketball career as a player / manager with AEK Larnaca where he led the team from the second division to the top with a perfect unbeaten record. Kevin continues to enjoy his coaching career always with AEK. Kevin’s love and passion for basketball, combined with his many years of expertise and experience, allow him to promote and encourage the younger generation of basketball in the future! 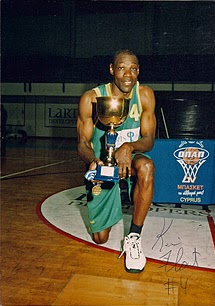 This website uses cookies to improve your experience while you navigate through the website. Out of these, the cookies that are categorized as necessary are stored on your browser as they are essential for the working of basic functionalities of the website. We also use third-party cookies that help us analyze and understand how you use this website. These cookies will be stored in your browser only with your consent. You also have the option to opt-out of these cookies. But opting out of some of these cookies may affect your browsing experience.

Functional
Functional cookies help to perform certain functionalities like sharing the content of the website on social media platforms, collect feedbacks, and other third-party features.
Performance
Performance cookies are used to understand and analyze the key performance indexes of the website which helps in delivering a better user experience for the visitors.
Necessary
Necessary cookies are absolutely essential for the website to function properly. These cookies ensure basic functionalities and security features of the website, anonymously.
Others
Other uncategorized cookies are those that are being analyzed and have not been classified into a category as yet.
Advertisement
Advertisement cookies are used to provide visitors with relevant ads and marketing campaigns. These cookies track visitors across websites and collect information to provide customized ads.
Analytics
Analytical cookies are used to understand how visitors interact with the website. These cookies help provide information on metrics the number of visitors, bounce rate, traffic source, etc.
SAVE & ACCEPT
Powered by